2/8. The Department of Justice's (DOJ) Antitrust Division announced that it has reached a settlement with Holtzbrinck Publishers, which does business as Macmillan, in the e-books antitrust action filed in the U.S. District Court (SDNY) against Apple and five publishers in April of 2012.

The only defendant which has not settled is now Apple. Trial in the District Court is scheduled to begin in July of this year.

Under the Tunney Act, 15 U.S.C. § 16, this settlement must be published, open for public comment, and then approved by the District Court.

The DOJ filed its complaint on April 11, 2012 alleging that Apple and the five publishers violated Section 1 of the Sherman Act, 15 U.S.C. § 1, by conspiring to increase the prices that consumers pay for e-books. Three publishers (Hachette, HarperCollins, and Simon & Schuster) settled with the DOJ in April, while Apple and two other publishers (Pearson/Penguin and Holtzbrinck/Macmillan) continued to contest the action.

The DOJ summarized the Holtbrinck settlement as follows: "Under the proposed settlement agreement, Macmillan will immediately lift restrictions it has imposed on discounting and other promotions by e-book retailers and will be prohibited until December 2014 from entering into new agreements with similar restrictions. The proposed settlement agreement also will impose a strong antitrust compliance program on Macmillan, including requirements that it provide advance notification to the department of any e-book ventures it plans to undertake jointly with other publishers and regularly report to the department on any communications it has with other publishers. Also for five years, Macmillan will be forbidden from agreeing to any kind of most favored nation (MFN) provision that could undermine the effectiveness of the settlement."

2/8. Google filed a Form 8-K with the Securities and Exchange Commission (SEC) that discloses that its Executive Chairman, Eric Schmidt, "intends to sell up to approximately 3.2 million shares of Class A common stock". Google stock closed at $785.37 per share on Friday, February 8. 3.2 Million shares multiplied by $785.37 per share equals $2,513,184,000.00. This form adds that "As of December 31, 2012, Eric beneficially owned approximately 7.6 million shares of Class A and Class B common stock, which represented approximately 2.3% of Google's outstanding capital stock and approximately 8.2% of the voting power of Google's outstanding capital stock. "

2/7. Members of the Senate Judiciary Committee (SJC) engaged in a discussion of several related issues involving US drone strikes, and domestic use of drones, at its weekly executive business meeting on Thursday, February 7, 2013.

The only items on the agenda were judicial nominations. However, Sen. Richard Durbin (D-IL) raised the subject of drone strikes.

Sen. Patrick Leahy (D-VT), the Chairman of the SJC, concurred, but then focused on domestic use of drones, "and the privacy issues involved".

Sen. Leahy said that "I am getting increasingly concerned about the domestic use of drones ... I am very worried about the privacy issues involved ... we better stop and say, just because we have technology that is available, does that mean that we should be using it?"

Sen. Charles Grassley (R-IA), the ranking Republican on the SJC, then said that domestic use of drones can "compromise privacy, and due process, and search and seizure, and all that sort of stuff".

He added that "it highlights the importance of us pushing for as much information, for all the information we are entitled" from the Obama administration.

Sen. Leahy said that "I couldn't agree more", and "I will support all Senators in their efforts to get answers".

Sen. Dianne Feinstein (D-CA), who is also the Chairman of the Senate Intelligence Committee (SIC), and often a surveillance hawk, condemned commercial sales of "armed predators", and expressed her concerns about the impact of domestic drone surveillance on privacy.

She said that "I think that you are absolutely correct to be concerned about their use in the United State. I think their ability is not to be underestimated. I think they really are going to offer a real challenge to privacy, to the Constitution. You can't count on how everybody is going to use these things. It can be an enormous intrusion."

Sen. Leahy said that "we are going to have a lot on our plate with guns and immigration this spring. Let's take a longer view". He suggested that the SJC get "a briefing at the classified level", and then "a more general one".

Several bills were introduced in the 112th Congress pertaining to domestic use of drones. See for example, HR 5925 [LOC | WW], the "Preserving Freedom from Unwarranted Surveillance Act of 2012", and story titled "Rep. Scott Introduces Drones Bill" in TLJ Daily E-Mail Alert No. 2,395, June 13, 2013.

Sen. Durbin (at right) said this. "It raises the even larger question, what is war in the 21st Century? Is the use of drones an invasion of a country? Is cyber war war?"

"At what point does the Congress have a responsibility under the Constitution to speak for the American people on the extent of this commitment. It is not easy to define these parameters in the age of terrorism. But, it is something that I think we have to face, and our Committee will face."

Sen. Patrick Leahy (D-VT), the Chairman of the SJC, said, "I share your concern."

Article I, Section 8 of the Constitution provides that "The Congress shall have the Power ... To declare War ..."

Chen is a long time attorney for the U.S. Patent and Trademark Office (USPTO) who would bring to the Federal Circuit much expertise in patent law, and an understanding of the perspective of the USPTO.

Chen (at right) has been Deputy General Counsel for Intellectual Property Law and Solicitor for the USPTO since 2008. He was the USPTO's Associate Solicitor for ten years before that. He argued In Re Bilski on behalf of the USPTO before the Federal Circuit.

He also worked as a staff attorney for the Federal Circuit before joining the USPTO. And, he worked briefly for the intellectual property oriented law firm of Knobbe Martens after law school.

Hughes is Deputy Director of the Department of Justice's (DOJ) Civil Division's Commercial Litigation Branch (CLB). He has worked in the CLB since 1994.

The Federal Circuit also has jurisdiction over appeals from the Merit Systems Protection Board (MSPB) and the U.S. Court of Appeals for Veterans Claims. Hughes' name appears on numerous DOJ briefs filed in cases involving federal employment and veterans claims.

The CLB also includes the Intellectual Property Section, which handles a wide range of matters.

The White House news office releases do not disclose what role, if any, the CLB or Hughes has played in the joint operations of the DOJ and Department of Homeland Security (DHS) named "In Our Sites", which involve the seizure by the government of domain names of businesses that operate web sites associated with intellectual property infringement.

Nominees for the Federal Circuit often shoot through the Senate confirmation process, without opposition or delay. The last two nominees to win confirmation each did so in about three months.

President Obama nominated Judge Jimmie Reyna on January 5, 2011. The SJC held a hearing on February 16. The SJC approved him on March 10. The full Senate approved him on April 4 by a vote vote of 86-0. See, Roll Call No. 47. Actually, he was first nominated on September 29, 2010, but this was just before the 2010 elections. President Obama promptly re-nominated him at the outset of the 111th Congress.

On the other hand, the Senate has not promptly confirmed the nomination of Richard Taranto. President Obama first nominated Taranto on November 10, 2011. The Senate Judiciary Committee (SJC) held a hearing on February 29, 2012. The SJC approved Taranto on March 29, 2012. There was a filibuster in the 112th Congress. Yet, there was a near absence of either public criticism or public praise by Senators, and Senate Democrats did not attempt a cloture vote. President Obama re-nominated Taranto on January 3, 2013. The SJC approved him by voice vote without debate on February 7.

There are many reasons why a Senator might either support or oppose Taranto. See, story titled "Richard Taranto and the Federal Circuit" in TLJ Daily E-Mail Alert No. 2,497. However, one is that he wrote amicus curiae briefs for the Supreme Court in both Romer v. Evan, 517 U.S. 620, and Lawrence v. Texas, 539 U.S. 558, advocating gay rights.

President Obama previously nominated, but later withdrew, Edward DuMont, Vice Chair of Wilmer Hale's Appellate and Supreme Court Litigation Practice Group, for the same seat on the Federal Circuit for which he has nominated Taranto.

There are many reasons why a Senator might have supported or opposed the nomination of DuMont. For example, he was counsel to legislative supporters of the campaign finance bill challenged in McConnell v. FCC, 540 U.S. 93 (2003). Sen. Mitch McConnell (R-KY) is the Senate Republican leader. DuMont was also one of TiVo's attorneys before the Supreme Court in Echostar v. TiVo, a patent case. Also, his SJC questionnaire responses disclosed a long list of political contributions, and interest groups contributions, that might lead some on the left to support him, but some on the right to oppose him.

There was no debate. However, Sen. Jeff Session (R-AL) requested that he be recorded as a no vote on the nomination of Kayatta.

President Obama first nominated Taranto in the 112th Congress. He had an easy confirmation hearing, and was approved by the SJC. However, there was a filibuster, but no cloture vote or debate in the full Senate. See, story titled "Richard Taranto and the Federal Circuit" in TLJ Daily E-Mail Alert No. 2,497.

The SJC also held over until its next executive business meeting, scheduled for February 14, the nominations of Patty Schwartz (USCA/3rdCir) and Caitlin Halligan (USCA/DCCir).

The SJC also held over for one week two nominees for the U.S. International Trade Commission (USITC): Mark Barnett and Claire Kelly. See, agenda for the SJC executive business meeting of February 14.

2/7. Alcatel announced in a release that CEO Ben Verwaayen "has decided not to seek re-election as a director at this year's Annual General Meeting, and will step down as CEO once a successful transition has been executed."

2/7. President Obama announced the nomination Mary Jo White to be a member of the Securities and Exchange Commission (SEC). See, White House news office release. He previously announced his intent to make this nomination, and to designate her as Chairman, replacing Mary Schapiro.

2/6. Rep. Bob Latta (R-OH) introduced HRes 57, a resolution "Expressing the sense of the House of Representatives that in order to continue aggressive growth in the Nation's telecommunications and technology industries, the United States Government should `Get Out of the Way and Stay Out of the Way´." 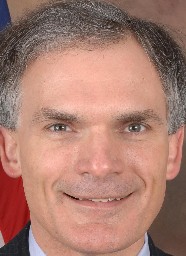 This resolution has no original cosponsors. It was referred to the House Commerce Committee (HCC). Rep. Latta (at right) is a member of the HCC and its Subcommittee on Communications and Technology.

This resolution states that "deregulatory policies and free-market competition consistently yield a higher rate of economic growth, a greater standard of living for all Americans, and an enhanced capacity for the United States to be competitive in the global marketplace".

It resolves that the federal government should promote "investment through deregulation and free-market competition".

It also resolves that the government should make "additional spectrum available for commercial usage through unencumbered auctions, reallocation of Federal spectrum, and efficient spectrum sharing".

It also resolves that the government should ensure "individual privacy protections without compromising marketplace efficiencies".

Finally, it resolves that the government should promote "cyber threat sharing for allowing the private sector to actively defend their communications networks". This is consistent with the cyber security bill passed by the House in the 112th Congress, HR 3523 [LOC | WW], the "Cyber Intelligence Sharing and Protection Act", or CISPA. Rep. Latta was a cosponsor.

The Senate cyber security bill in the 112th Congress that President Obama supported would be inconsistent with this resolution. It proposed a new regulatory regime. See, S 3414 [LOC | WW], the "Cybersecurity Act of 2012".