4/5. The Office of the U.S. Trade Representative (OUSTR) announced in a release that "U.S. and Taiwan trade authorities concluded the eighth Trade and Investment Framework Agreement (TIFA) Council meeting". 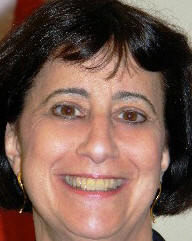 Wendy Cutler (at right) of the OUSTR led US participants. Other US agencies involved included the Copyright Office and Department of Commerce.

The OUSTR release states that the US "welcomed the concrete steps Taiwan authorities took in the months following the 2013 TIFA to improve trade secrets protection and address pharmaceutical issues."

It also states that "The Taiwan authorities outlined plans to devote necessary resources to strengthen IPR enforcement. The two sides recognized the need for further engagement on intellectual property protection, including in the challenging but critical area of online piracy, as well as on pharmaceutical and medical device issues over the next year."

In addition, "The two sides updated each other on regional and multilateral initiatives. They highlighted their close cooperation on various initiatives in APEC, their work towards the prompt conclusion of a balanced and commercially significant expansion of the Information Technology Agreement (ITA) at the WTO, achieving entry into force and full implementation of the WTO trade facilitation agreement, and efforts to advance the Trade in Services Agreement negotiations."

4/5. Michael Spierto joined the Tech America as the Director of Cybersecurity Policy. He previously worked on the staff of the House Homeland Security Committee's (HHSC) Subcommittee on Cybersecurity, Infrastructure Protection and Security Technologies. See, release.

4/4. The Office of the U.S. Trade Representative (OUSTR) released a report titled "2014 Section 1377 Review On Compliance with Telecommunications Trade Agreements". Much of the report focuses on the People's Republic of China (PRC).

These reports address foreign governments' non-compliance with telecommunications trade agreements, and their barriers to trade. It does not address US non-compliance and barriers.

USTR Michael Froman stated in a release that "Barriers to trade in telecommunications-related goods and services disproportionately affect U.S. suppliers, given our strong competitive position in these sectors. We have made important progress this year in advancing market liberalization in this sector, though we continue to see the emergence of new barriers data flows and other localization requirements".

This report faults the PRC for barriers to VOIP services, protectionist actions by its regulatory agency, restrictions on foreign investment, barriers to providing satellite services, and barriers to information security technology providers. This report also again raises concerns that the PRC might impose an encryption standard for 4G LTE telecommunications equipment.

4/4. The EU released a statement regarding ongoing trade negotiations between the EU and Japan. It states, "Meeting this week in Tokyo, officials from the EU and Japan exchanged offers to open their markets to each other's products. The fifth round of negotiations for a free trade agreement" included discussion of "protection of intellectual property ... trade in services, investment, ... electronic commerce, competition policy; and the resolution of disputes".

4/4. The Ministry of Foreign Affairs of Japan announced in a release that President Obama will visit Japan. "The Government of Japan welcomes the President as a state guest from Thursday, April 24th to Friday, April 25th."

4/3. The Senate Judiciary Committee (SJC) held executive business meetings on March 27 and April 3, 2014, at which it discussed, but held over, consideration of S 1720 [LOC | WW], the "Patent Transparency and Improvements Act of 2013". This bill is again on the agenda for the SJC's meeting scheduled for Thursday, April 10. See, notice.

The Senate Commerce Committee (SCC) has scheduled a mark up session for April 9, 2014. However, the agenda does not include S 2049 [LOC | WW | TLJ], the "Transparency in Assertion of Patents Act", a patent bill over which the SCC has jurisdiction. See also, story titled "Sen. McCaskill Introduces Bill to Regulate Patent Infringement Demand Letters" in TLJ Daily E-Mail Alert No. 2,632, February 27, 2014.

S 1720 would require disclosures regarding patent ownership, and financial interests in patents, both at the filing of a lawsuit by a patent owner for patent infringement, and to the U.S. Patent and Trademark Office (USPTO).

For example, it would require disclosure to the USPTO within three months of any assignment of all substantial rights in an issued patent that results in a change to the ultimate parent entity.

This bill would also provide for a stay in certain patent litigation of that portion of the action directed at customers who purchased allegedly infringing products when the manufacturer is also a party, and the "customer agrees to be bound under the principles of collateral estoppel by any issues finally decided as to the covered manufacturer".

The bill also contains an awkwardly worded section that would amend the Patent Act to govern Section 5 of the Federal Trade Commission Act (15 U.S.C. § 45). It would provide that certain bad faith demand letter practices constitute unfair or deceptive trade practices within the meaning of the FTC Act.

This bill does not contain a fee shifting provision, which is central to the bill passed by the House in December, HR 3309 [LOC | WW], the "Innovation Act".

S 1720 would also require that the USPTO conduct a study on the "patent secondary market". The purpose of this study would be "to examine licensing and other oversight requirements that may be placed on the patent secondary market, including on the participants in such markets, to ensure that the market is a level playing field and that brokers in the market have the requisite expertise and adhere to ethical business practices".

It would also address prior art in cases of double patenting, intellectual property licenses in bankruptcy proceedings, and post grant review procedures.

4/3. Mozilla announced in a release that its newly appointed Chief Executive Officer (CEO), Brendan Eich, "has chosen to step down from his role as CEO".

OkCupid, an online dating web site, had stated in its web site that "Mozilla's new CEO, Brendan Eich, is an opponent of equal rights for gay couples. We would therefore prefer that our users not use Mozilla software to access OkCupid."

It states in full as follows:

Section I. Title
This measure shall be known and may be cited as the "California Marriage Protection Act."
Section 2. Article I. Section 7.5 is added to the California Constitution, to read:
Sec. 7.5. Only marriage between a man and a woman is valid or recognized in California.

Mozilla did not act neutrally. It did not announce the resignation of any of the Mozilla employees who donated money in opposition to the Proposition. Moreover, Mozilla added in its release that "people are hurt and angry, and they are right".

The Electronic Frontier Foundation (EFF) noted in a release that Mozilla has been active in many other political contests, including "the fight against SOPA/PIPA, the StopWatching.US Coalition against mass surveillance, the effort to Encrypt the Web, the battle to prevent non-consensual online tracking, and ongoing work to make Firefox a more secure browser".

US internet companies are vulnerable to actions taken by foreign governments directed at censoring or punishing speech or political participation.

US internet companies, trade groups, and government trade negotiators argue against such actions, citing the sacrosanct importance of freedom of expression and political participation.

The recent retaliatory actions against Brendan Eich by US internet companies undermine the credibility of such arguments.

4/3. The Senate Judiciary Committee (SJC) approved the nomination of Cheryl Krause to be a Judge of the U.S. Court of Appeals (3rdCir). She is a white collar criminal defense attorney in the Philadelphia, Pennsylvania office of the law firm of Dechert.

4/3. President Obama nominated Randolph Moss to be a Judge of the U.S. District Court (DC). See, White House news office release and release. He is an appellate litigator at the law firm of Wilmer Hale. He was Assistant Attorney General in charge of the DOJ's Office of Legal Counsel (OLC) late in the Clinton administration.

4/3. President Obama nominated André Birotte to be a Judge of the U.S. District Court (CDCal). See, White House news office release and release. He is the U.S. Attorney for the Central District of California.

4/2. The Federal Communications Commission (FCC) published a notice in the Federal Register (FR) that sets the comment deadlines for its Further Notice of Proposed Rulemaking (FNPRM) regarding extension of the freeze of jurisdictional separations category relationships and cost allocation factors for three years, through June 30, 2017. The deadline to submit initial comments is April 16, 2014. The deadline to submit reply comments is April 23. The FCC adopted this FNPRM on March 26, 2014, and released it on March 27. It is FCC 14-27 in CC Docket No. 80-286. See, FR, Vol. 79, No. 63, April 2, 2014, at Pages 18498-18503.

4/1. Rep. Anna Eshoo (D-CA) and others introduced HRes 532, a resolution that "calls on the Government of Turkey to lift restrictions on freedom of the press, freedom of expression, and Internet freedom, including social media".

This resolution states that "the Government of Turkey imposed a countrywide ban on access to Twitter on March 20, 2014, and to YouTube on March 27, 2014, blocking the use of the communications platforms". It adds that Twitter and YouTube have also been blocked in the People's Republic of China.

This resolution argues that "an independent, unfettered media and freedom of expression, including the Internet and social media, are essential elements of democratic, transparent, and open societies". It also "reaffirms the importance of Internet freedom to promote democracy and good governance around the world".

4/1. The Senate confirmed John Carlin to be Assistant Attorney General in charge of the Department of Justice's (DOJ) National Security Division (NSD) by a vote of 99-1. See, Roll Call No. 95. Sen. Dean Heller (R-NV) voted no.

4/1. The Federal Communications Commission (FCC) published a notice in the Federal Register (FR) that sets comment deadlines for its Notice of Proposed Rulemaking (NPRM) regarding regulation of maritime radio equipment and radar, and allowing on shore use of portable marine Very High Frequency (VHF) transmitters. The deadline to submit initial comments is June 2, 2014. The deadline to submit reply comments is June 30, 2014. The FCC adopted this NPRM on February 27, 2014, and released it on February 28. It is FCC 14-20 in WT Docket No. 14-36. See, FR, Vol. 79, No. 62, April 1, 2014, at Pages 18249-18256.